Bela is a project of the Augmented Instruments Laboratory, a research team in the Centre for Digital Music at Queen Mary University of London.

Bela was created in 2014, when we were building a new musical instrument called the D-Box, a research project funded by the UK Engineering and Physical Sciences Research Council. The D-Box is a hackable musical instrument that allows the player to rewire its circuits in exploratory ways to create unexpected sounds (read more about the D-Box in our papers from ICLI 2014 and NIME 2015). 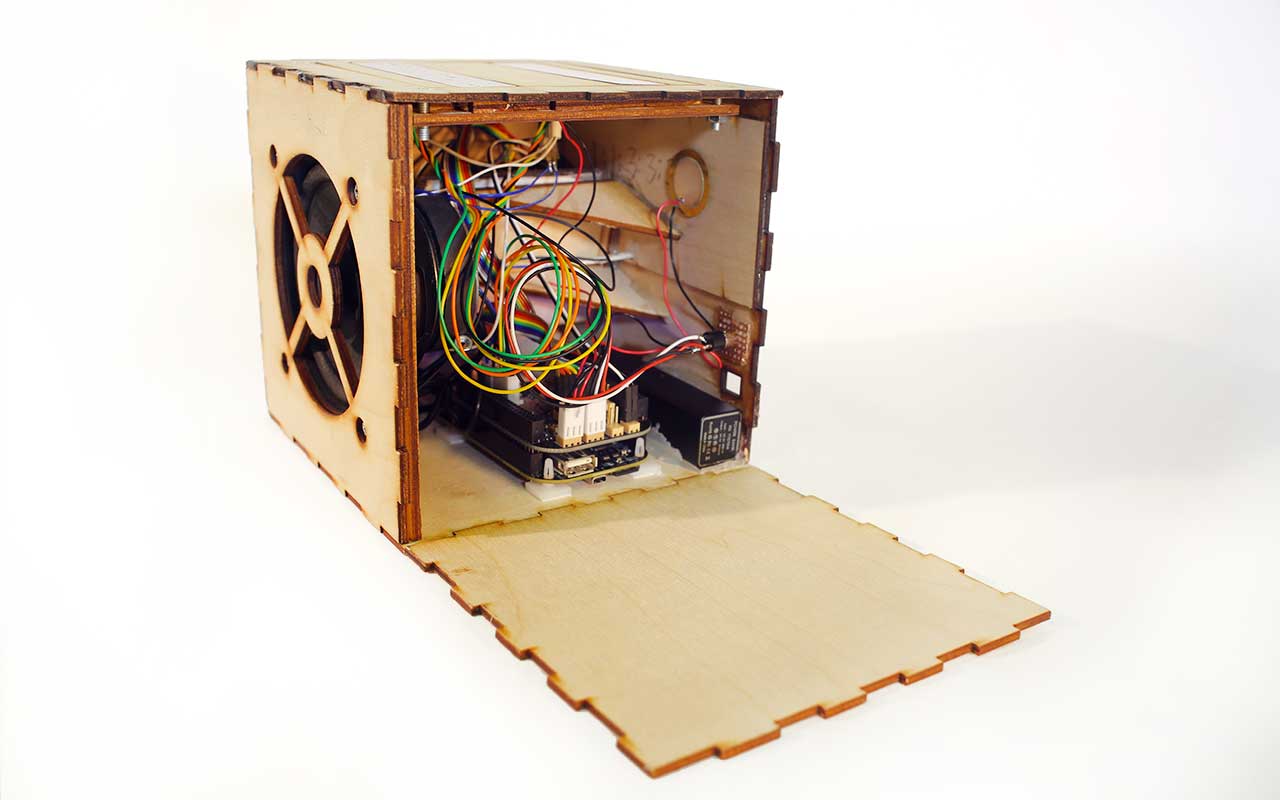 The D-Box needed a specialised set of capabilities that we couldn’t find in any existing platform. It had to be fully self-contained, generating audio without a computer. It needed enough processing power to run complex synthesis processes. Beyond audio processing, it needed high-resolution analog inputs and outputs to power the rewirable circuits, and onboard amplifiers to power a speaker. Finally, all of the audio and analog I/O needed to run with extremely low latency. What we couldn’t find, we had to build ourselves. Bela was born.

We soon realised that the low-latency embedded platform we had made for the D-box had wider applications. The first was teaching; we started teaching a class in real-time digital signal processing in early 2015, which had previously been taught using expensive and unwieldy hardware DSP boards. 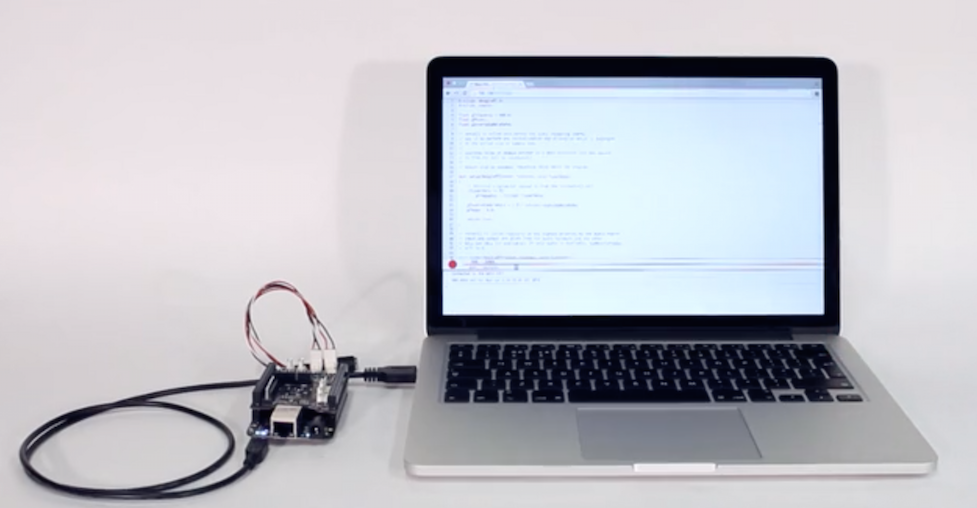 This first versions of Bela only supported programming in C/C++ and had a complicated Linux toolchain. We moved all the tools needed to build projects onto the board itself, and created an easy-to-use IDE that runs in a web browser. We also added support for the popular Pure Data (Pd) graphical audio programming language, so interactive programming didn’t only have to be done in C++. (Bela now supports many languages, thanks to community contributions. The Bela community has helped us add features like support for SuperCollider and FAUST.)

In February 2016 we launched Bela on Kickstarter. This campaign raised more than £50k from over 500 backers, and we were not only able to shop the first Bela systems, but also created Bela’s Multiplexer Capelet and Audio Expander.

Bela is now available to customers worldwide through the Bela shop. We have also created online resources for our growing community, including a support forum, a blog featuring projects from the wider Bela community, a knowledge base for learning how to create with Bela, as well as a huge array of repos on our Github.

In 2018 we added Bela Mini to the Bela product line. Bela Mini has all the most popular Bela features condensed into a tiny package, with all the same performance for sensors and sound.

In 2019 we funded Trill touch sensors on Kickstarter. Trill is a family of capacitive touch sensors that make it easy to add touch interaction to digital projects. Though created by the Bela team, Trill is compatible not only with Bela but also with maker platforms like Arduino, Teensy, and Raspberry Pi. Read all about Trill at bela.io/trill.

During the Covid-19 crisis of 2020 we wanted to do something to promote learning at home. Bela director Andrew McPherson created a version of his popular course for YouTube, called C++ Real-Time Audio Programming With Bela, with lectures released weekly until Fall 2020. This course is free for everyone, though having a Bela system will let you follow along with the coding exercises and examples. Visit the course playlist on YouTube here, and don’t forget to subscribe!